Hard work pays off as wholesalers recognised in Parliamentary report 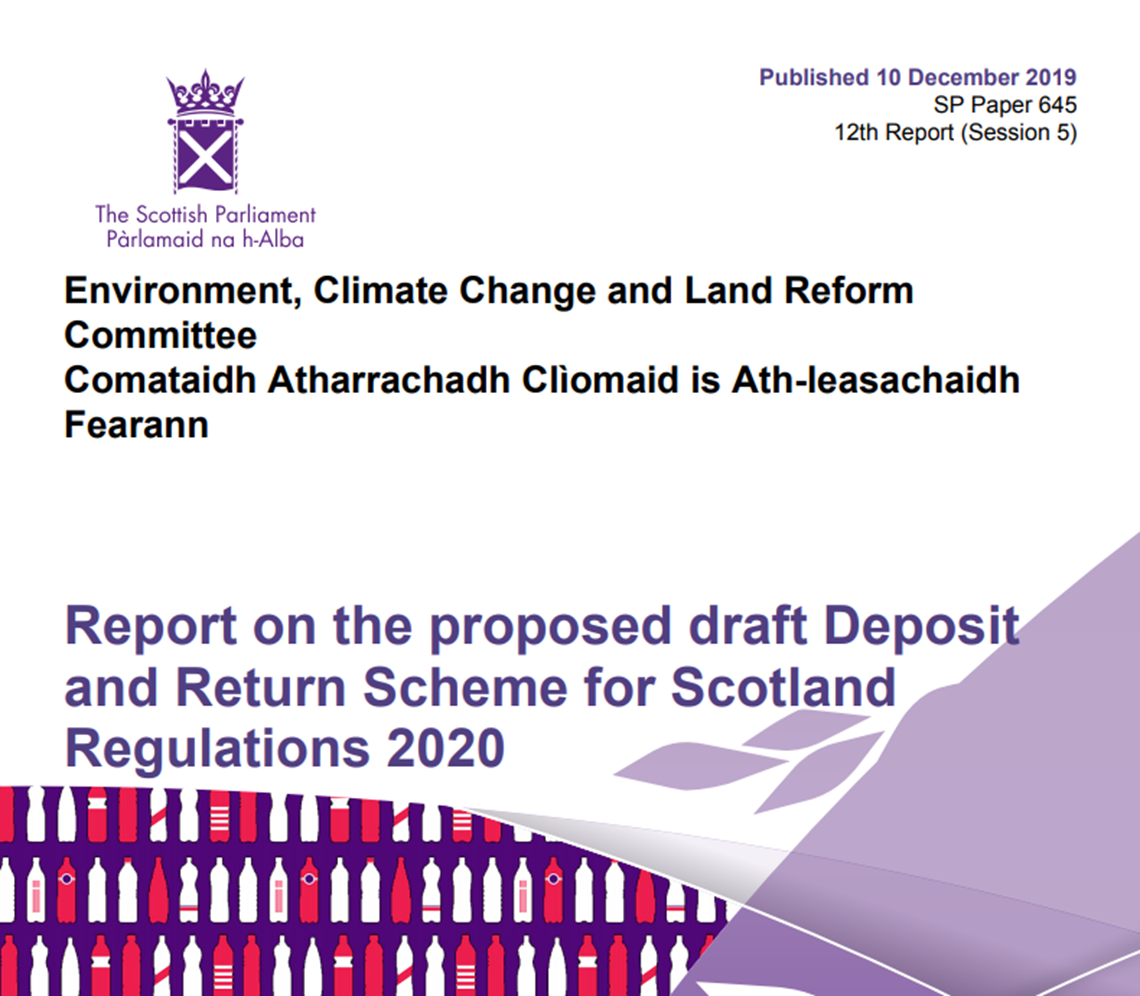 The vital role that the wholesale channel plays within the food and drink distribution network has finally been recognised within the latest Deposit & Return Scheme Report with recommendations that the scheme is "cost neutral" for wholesalers and that wholesalers should be part of the scheme administrator.

The Scottish Wholesale Association has warmly welcomed the latest report published yesterday by the Scottish Parliament’s Environment, Climate Change and Land Reform (ECCLR) Committee outlining its view on how the new deposit return scheme for Scotland should work.

The publication, the Report on the proposed draft Deposit and Return Scheme for Scotland Regulations 2020, made a number of very significant concessions to the wholesale channel in direct response to lobbying from the SWA, including the key recommendations that wholesalers play a role in the scheme administrator and that the scheme also be "cost neutral" for wholesalers. The original proposals only envisaged the scheme being cost neutral for retailers.

SWA chief executive Colin Smith said: “This report makes for exceptionally positive reading for wholesalers and vindicates the work that the SWA has done to represent its members. SWA warmly welcomes the recommendations from the ECCLR Committee and for recognising the importance and integral part wholesalers play within the Scottish food and drink supply chain, a supply chain SWA modelled and presented to both Zero Waste Scotland and the Scottish Government clearly showing how Scotland differs from the European model the scheme has been designed to emulate.

“The recommendation that the scheme be cost neutral for wholesalers, as well as retailers, is hugely important for our sector as is the recommendation that wholesalers, along with other industry representatives and trade bodies, should be represented within the scheme administrator and play an active role in its governance. The ECCLR’s report has certainly listened to the SWA and the voices of our members. They have recognised the challenging timescale as well as many of the complexities that remain unanswered and for which the scheme administrator will be left to find solutions.

“I sincerely hope that the Scottish Government takes on board the Committee’s recommendations and the SWA looks forward to working with them to find a mechanism that ensures wholesalers are indeed cost neutral.”

James Bielby, chief executive of sister-organisation the Federation of Wholesale Distributors, commented: “We’re very pleased that the Committee recognised the role of wholesale in the implementation of DRS, and the vital role of wholesale in food and drink supply in Scotland.

“We support the recommendation that any DRS should be cost neutral to wholesalers and agree that wholesalers must be involved in the scheme’s implementation. The FWD will be working closely with the SWA to ensure this happens and to highlight the impact of DRS in Scotland on the wider UK wholesale industry.”

The full ECCLR report can be found here.