SWA demands wholesalers be recognised on Board of Scottish DRS Administrator 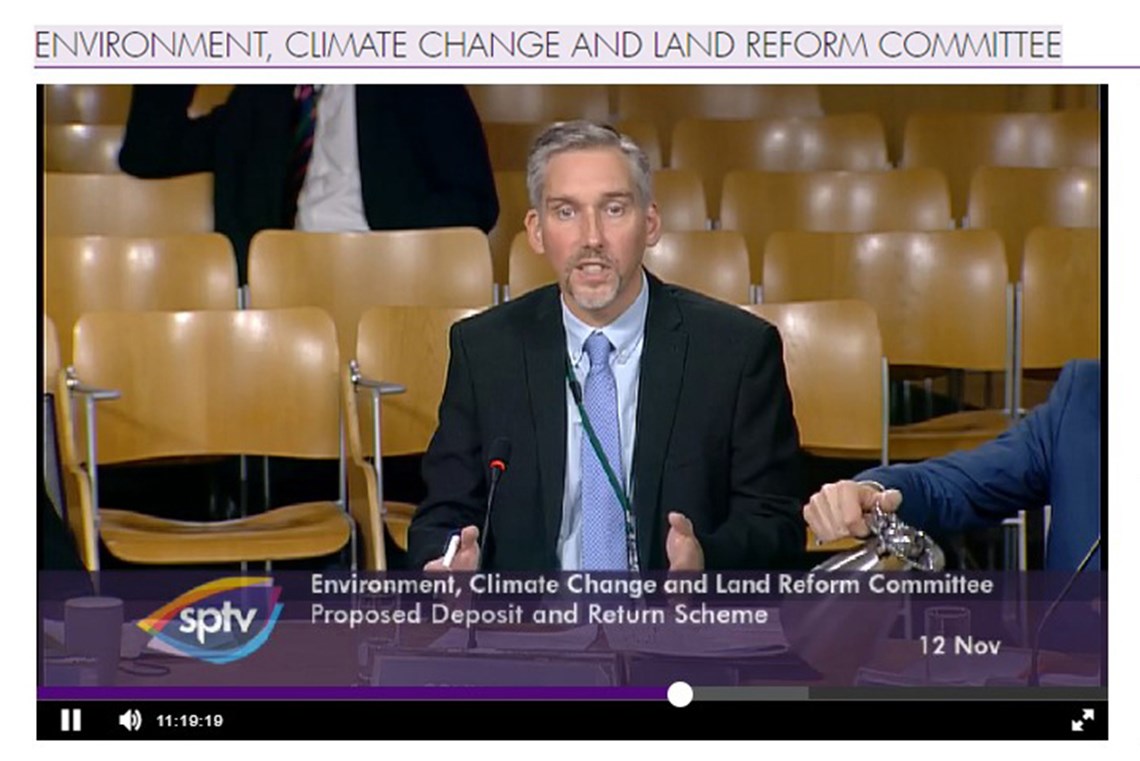 SWA Chief Executive Colin Smith has made a robust presentation to the Environment, Climate Change and Land Reform Committee at Holyrood demanding that the vital role that will be played by the wholesale channel within the proposed Deposit and Return Scheme should be recognised with formal SWA Board membership of the new Scheme Administrator.

As currently envisaged by the Scottish Government, the membership of the proposed Administrator includes only retailers, manufacturers and producers, something Smith views as unacceptable given the huge role that the wholesale channel will play in the new DRS.

He told the Environment, Climate Change and Land Reform Committee: “In our view, Board Membership [of the Administrator] should reflect the parts of the supply chain that are obligated under DRS. Wholesalers are critical to the implementation and success of DRS in Scotland and that vital role should be reflected with a position on the Administrator Board for the Scottish Wholesale Association as the lead body for Scotland’s wholesaling industry”.

Smith also highlighted the fact that the wholesale association is the only pivotal part of the supply chain that is not compensated in any way under the current DRS proposals, either through a handling fee or as members of the Administrator.

“Indeed, as the wheels of Scotland’s food and drink industry the wholesale channel will deliver DRS obligated products to Scotland’s 4,972 independent retailers and 39,000 restaurants, pubs and clubs and can therefore play a hugely important role in helping to identify fraud.”

The SWA also used the opportunity to call for the addition of a dispute resolution mechanism into the DRS proposals as well as a formal means of ensuring that the voices of those in the supply chain that sit outwith the Scheme Administrator are heard and taken into consideration.

Smith concluded: “For the new DRS to work optimally in Scotland it must be as inclusive as possible and must take into account the interests and views of all of those in the wider supply chain who will be affected by the Scheme. Wholesalers in particular will be fundamental to the success of the Scheme and this role should be recognised with formal SWA membership of the Administrator.”